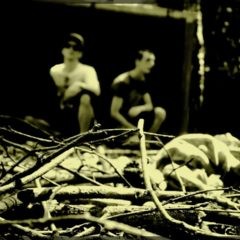 Timestalkerz are two deejays/producers hailing from the east of Belgium. Both of them fascinated by music at an early age, they soon found each other in their never ending quest to find and play good music. Making the music themselves quickly became a part of that… with their debut release seeing daylight in 2012.

Their style can be described as quality underground deep & tech-house, with jazzy, latin and even some minimal influences.