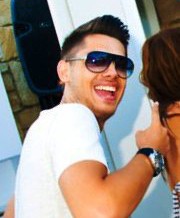 Dionysis Kalemis a.k.a Denny Kem was 14 years old when he decided that what he wanted to do in his life had to do with music ! A year later he begun his own radio show at a local radio station Super 90.4 and he also begun playing music at local clubs ! For the 5 past years Denny Kem played at the best clubs of the city (Heraklion Crete) with big success and now he is on his way to Athens hoping for the best ! He begun producing music at the ends of 2009 and now at the age of 20 he begins finding his tune ! Influenced by Super Flu , Popof , John Acquaviva , David Amo , Stefano Noferini , Kaiserdisco and many others Denny Kem sounds like Techno , Tech House and Minimal ! This is just the begining …! More are about to come in his life ’cause being ambitious , creative and a team player helps you achieve your golds ! ….