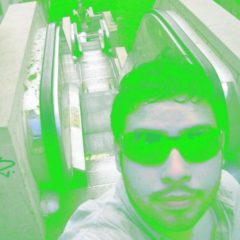 deep feeling about House music. Born in Mexico City, gog has been playing since 1998, and his talent and personality make him a crowd favorite in all the clubs he plays at. He won the DJ’s World Best House DJ award in 2005, and his residency at famous club Rioma became legendary. He developed a very personal sound which has evolved through the years, from the finest deep house back in the days, to the acid, trippy electro and tech house he plays nowadays, with a defined style full of harmonic basslines and a profound understanding of a whole night’s progression. He has played the best clubs in the city: AM,MOVE, Rioma, City Hall, Colmillo, Habita, Dorcia, Club69 as well as many large gigs in other Mexican States such as Playa del Carmen, Tampico, Juarez and also at clubs in San Francisco, France and the epic SUPERFREQ party at AKA/THE END, London, sharing the booth with personalities like M.A.N.D.Y., Michael Mayer, DJ T, Booka Shade, Damian Lazarus,Alexi Delano, Audiofly, Tiefschwarz, AudioSoulProject,Daso,Guy Gerber, Mr C and Dollz at Play.