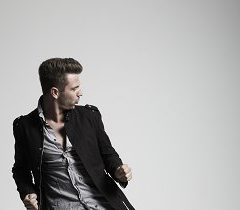 Resident and owner of the fancy club in Rosenheim – Hundertquadrat, creator of the well known festival “Echelon”, hosted on Ibiza`s # 1 “Ibiza Global Radio” and a lot of releases on established labels like Get Physical, Supernature, Connaisseur, Dirt Crew, My Best Friend & Upon You – reflects the southgerman multitalent “Pele” in his vision as an (artistic) interpreter.

Started & practiced in his boyhood at the familiar discothek, Patrick Gallenmüller aka “Pele” – who is also a licensed guitarist – discovered very early his fable for vinyls and mixing.
In the age of 20, he purchased his first own studio equipment – with 23 he released his first single on Connaisseur recordings and since then he´s a permanent user of some of the most successful club labels worldwide.

It shan´t be long and his first club hits are following. After “Childhoods End” & “Thumbs” on Frankfurts label Connaisseur, “Pele” released with “Viva Belize” & “El Condor” even two worldwide floorfillers and reaps high renown and massive playlists of famous DJ`s all around the world like Sven Väth, Loco Dice, Dubfire, Laurent Garnier and John Digweed – just to name a view.

His choice of his huge and well selected backstock of music, persuades all foundated Clubfreaks & electronic music lovers. Pele mirrors in his numerous Dj Gigs again his unique style, wich is also typical for his productions. Hypnotic, floating, on the point – and anyway different.