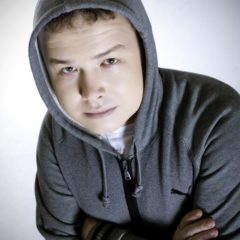 Oleg Izergin, aka Clubovoy, has come a long way from his hometown in Siberia. Hailing from a family of musicians, his love of music was in built from an early age, listening to artists such as Pink Floyd and Depeche Mode. His first experience with electronic music, hearing Prodigy and Chemical Brothers, who remain some of his biggest influences to date, shocked and excited him enough to start the 14 year old Oleg organizing parties in his hometown which grew so popular they were broadcast on the local radio station. After winning a DJ comp aged 16, he was assisted with taking his promotion to the biggest nightclub in Siberia at the time, before moving to Yoshkar-Ola city in Russia for university. It was here that his DJing really took off, with residencies at clubs all over the city. He also got involved with arranging festivals and open air parties in the region that remain popular today. In 2005, Oleg Izergin moved to Chicago to begin a stint that saw him spend 3 years in the city. Here he became resident at ‘Unified Chicago’ parties and guest DJ’d at various bars and nightclubs, further honing his sound and experience in a city legendary in the house scene. After returning home last year he was made resident at The Stone Club in Yoshkar-Ola and makes guest appearances at bars in Cheboksary city which he continues today. Oleg has been working in the studio since 1999, when he was asked to remix a track by Russian band ‘Karamazov Brothers’ which led to a regular rotation on a radio station broadcasting in both Yoshkar-Ola and Cheboksary. Following further remixes he cemented himself as an recognisable figure in the Russian music scene. Now concentrating solely on his own productions under the alias, Oleg Izergin, and drawing influence from such artists as Daft Punk, James Zabiela and Sander Kleinenberg, he’s working his house and techno sound into something a whole lot more interesting.