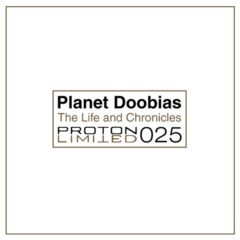 Planet Doobias
The Life and Chronicles

The 25th release comes from Planet Doobias. While the Opencloud remix originally appeared on their Open Up compilation, the original was never released. Finally the package has been put together, and the original does not disappoint with a big techno track that will definitely make a floor move. Another great release that should not be overlooked.