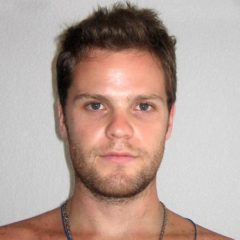 DJ and Producer Eduardo Rossell is at the top of his game; with an ever growing fan-base watching every step, his reputation as one of the brightest stars is gathering steam at a furious pace. Having made the transition that so many others fail in, namely manifesting themselves from promising talent to a genuine global star, 2007 is already shaping up to be a rollercoaster of massive proportions!

Containing Rossell’s sound to one form of dance music is nigh on impossible. He regularly ghosts between styles, taking in tech-house, electronica and techno all delivered in a supremely tight mix with tons of his own productions and re-mixes thrown in for good measure. It is through this tireless application to experimentation that Eduardo keeps himself ahead of the chasing pack. He has truly formed his own sound and is constantly adding to it with his ever-growing discography.

Internationally Rossell’s DJ and Live Act appearances are in more demand than ever – to date, his unique sound has been exported to Cape Town, Buenos Aires, Bucharest, Geneva, Manchester, Ibiza, Barcelona, Costa Rica New York and Miami to name a few. All of the above not only as a main act but also sharing the stage with names such as: Groove Armada, Tiesto, Paul Oakenfold, James Zabiela, Mylo, Hernan Cattaneo, Satoshi Tomie, Erick Morillo, Sander Kleinenberg, Roger Sanchez, David Morales, John Acquaviva, Victor Calderone etc…

Production wise Eduardo doesn’t stop surprising everyone. With a discography that tops over 20 productions and remixes, Rossell could be named Mexico’s most important producer today. Support for most of his releases reads like a who’s who of international Djing with the likes of James Zabiela Sander Kleinenberg, Arno Cost and John Acquaviva leading the charge. Recent highlights include; Dancing With Strangers (Brandnewvibe/Reinassance/Ministry of Sound), supported by Sander Kleinenberg, Dave Spoon , Chris Lake, James Talk, 16 Bit Lolitas,) and Juber (Definitive) massively supported by James Zabiela and Nic Fanciulli. Both tracks have been openers in two Essential Mixes for Radio One.

As well as his own material Rossell is in immense demand for remixes having stamped his mark on the following tracks; Acquaviva and Zenker – Swimming With Sharks on BluFin Records, Acquaviva – Metal Detector (Definitive), Marc Sun – Dawnlight (Jack Digitals), Funky Junction – House is the Power (Sheeva Recordings), as well as many others unreleased sought after white labels and bootlegs!

To further facilitate Eduardo’s insatiable appetite for production he has set up his own imprint called Phonia Records. Together with Martin Parra, this label will concentrate in forward thinking music supporting 100% Mexican producers.

With .an agenda filled with gigs all over, it looks like 2008 was an incredible year for Eduardo and we guarantee that this is just the beginning.