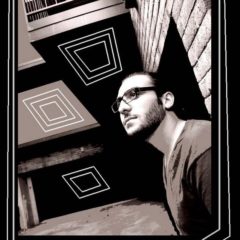 With throbbing bass lines and blissful melodies, complimented by that
glitched out techy edge, waves of people see themselves moving to the
sounds generated from this energetic youngster.

With only 3 years under his belt as both a DJ and a producer, who would
have known all this would come so fast. Maher can be caught gracing the
decks on a frequent basis at one of North America’s best clubs, Stereo
Afterhours, and warming up for some of the biggest talents out there such
as Sultan, Lee Burridge Desyn Masiello, Josh Wink, Sander Kleinenberg
and Eric Prydz to name a few.

Maher also made his debut last summer at the world renowned montreal
summer event Piknic Electronic which secured him a spot for the winter
festival Igloofest. where he joined the likes of Lee Burridge, Damien
Schwartz, Tony Rohr, James Holden, Modeslector, plus many more.
Maher frequently makes appearances outside of his home base of
Montreal touring in the US, Central America and Middle east.

His production skills have clearly excelled in past few years, He recently
released a single on top German based label Get Physical Music which
was also hand picked to be a part of the limited edition vinyl pack along
side Steed Lord, Catz N Dogz and Turmspringer. Also up and coming
releases on Bedrock Records for Bedrock 11 which is mixed and compiled
by John Digweed, Souvenir Music, and Harem Records.

Maher Continues to push and work hard with his productions, every day is
a growing experience in the studio and dance floors. With support from
major players on the circuit Maher’s goals are to grow and flourish as one
of the industries leading new generation artist.